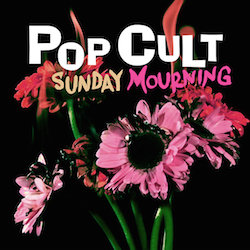 Queensland indie-rockers Pop Cult today unleash ‘Sunday Mourning’, the brand new single lifted off their forthcoming debut EP, titled ‘Cult Classics’ which is set to be released November 4, via We Are Golden & Create/Control.

The latter half of 2016 sees the release of their new single 'Sunday Mourning' and self-produced debut EP. Frontman Elliot Heinrich describes the process "The writing/production process is all very fast and impulsive. Somewhere between bedroom-demos and studio recordings, we're writing as I'm producing and tracking as I'm mixing- a bunch of the final vocal and guitar tracks are from the original writing sessions. We want to write music that's immediate and accessible, so the process has to have as few obstacles in the way as possible.”


The band that has already earned a reputation for crafting stomping sing-alongs in the same vein as Primal Scream and The Dandy Warhols, this new cut embraces a nostalgic, 90’s style fuzzed out, pop guitars and dreamy vocals with a catchy as hell chorus.