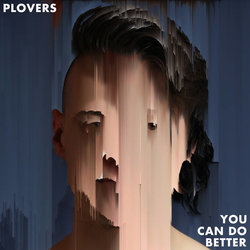 So they got literal about it. Their new EP You Can Do Better is 5 tracks of frustrated, noisy post-hardcore powered by the uncomfortable realisation that all change, no matter how confronting, starts from within.

Born and raised in Melbourne in late 2017 under the influence of bands like Future of the Left, Cloud Nothings, and the Jesus Lizard, Plovers is Jared Chappell, Margy Noble, and Dan New. After 2018 single Not Australian was added to rotation on Double J, Triple J Unearthed Radio, and a variety of community stations, they spent 2019 writing and recording new songs in between sharpening their explosive live performances alongside acts like Gang of Four (UK), Shihad (NZ), Screaming Females (USA), Pagan, Bare Bones, and Private Function.


An unrelenting post-hardcore tune about when every choice seems like the wrong one. It's got chaos chords and a four-on-the-floor dancy section during the bridge, go figure.

It's like an audible version of the Monty Hall Problem, with a goat behind each door.


Other tracks by Plovers: Fell Asleep At The Phone  -  Charcoal
%