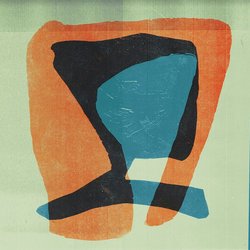 Planète (Melbourne producer Dion Tartaglione) has just wound up his most prolific year to date delivering a run of releases including his debut EP. Today, Planète shares his first track for 2019 titled 'Hidden Shade' where he shows a slightly new direction to his previously released tracks with a more house-driven vibe.

Planète has built a strong following over the years, standing out as a unique artist within Australia's growing electronic music scene. He's also become a staple on the festival circuit, appearing at Splendour in the Grass, Melbourne Music Week and Strawberry Fields, as well as supporting the likes of Jacques Greene, Machinedrum and Pantha Du Prince on their recent Australian tours.

With this debut EP released a few months ago, as well as a string of two-tracks and stand-alones earlier last year (through UK tastemakers Anjunadeep), Planète's productivity has never been higher. The Continuum EP was released alongside an incredible accompanying visualiser, created by Melbourne-artist Tristan Jalleh, whose 'fictional realities' have gained recognition both locally and abroad.


"I've been firmly influenced by sample based, house-oriented music over the last few years, giving context for this track. Fitting in with my other recent single releases, this is the spectrum of club music I enjoy listening to and playing out. With 'Hidden Shade', I'm exploring my productions in this style with some raspy, sampled grit." - Planète