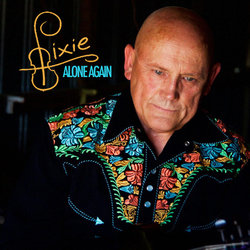 Pixie Jenkin's fiddle playing is uniquely Australian, and with his amazing energy, storytelling and humour, he has become one of the most recognisable artists in the industry. He's also one of Australia's most eclectic and talented entertainers, playing roots, bluegrass and Irish folk styles with an incredible dexterity and finesse.

Pixie has been a support artist and toured and recorded for some of the biggest names in the world, Bob Dylan to Cher; Jimmy Barnes to John Williamson and has been a studio musician on the recordings of 100s of other artists.

He is a multiple Australian Country Music 'Golden Guitar' awards winner and John Williamson has stated that "Pixie Jenkins is the greatest fiddler Australia has produced" and Pixie is often referred to as an 'Icon’ (The Australian 2011) and a "living legend'.
Above all, Pixie keeps ‘bums on seats’ after the meat raffle. In fact, he was the first artist in Australia to ask clubs to play his first bracket before the meat raffle with loads of people staying after the event and not joining in the usual mass exodus increasing the profit margin for many establishments.


"Alone Again" is a song about a morose subject, suicide, but itʼs also about family and the loss associated with love and longing. When I first heard this song in my teens, I thought it a beautiful melody but the words didnʼt really speak to me as they do now.