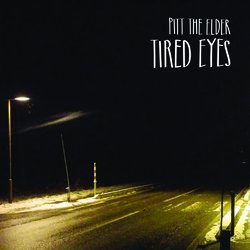 Just over a year on from the release of their debut album, At the End of the Day, Melbourne pop-punk underdogs Pitt the Elder are back in the saddle with their second LP, Radio Silence, due out this May via Brisbane’s Arrest Records.

The band has come from humble beginnings only two years ago, with guitarist Shaun Scanlan and drummer Matt Yates starting Pitt the Elder afresh from the demise of their previous band, Aitches. Pitt the Elder’s first
album, At the End of the Day, released in March of 2015, received positive reviews from the likes of Beat Magazine and The Music, as well as airplay on stations including Triple J, 4ZZZ. RRR and RTR.


True to the band’s fat-trimming, succinct nature, the first single Tired Eyes is a 1:41 blast that leans heavily on their distinct use of melody and big hooks. It’s poppy, certainly, but it never betrays the garages and sticky-floored pubs that it grew out of.

Other tracks by Pitt the Elder: Party Hierarchy
%