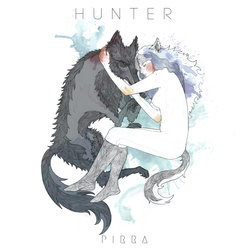 For Pirra, the past year has been a maelstrom of gigs, writing and recording. Based in Sydney, they are now putting the finishing touches on their debut album, which is due for release later this year.

To record the bulk of the album, they spent a month in the Nambucca Valley, NSW. Being in the bush, and away from the distractions of city life allowed them to focus entirely on sculpting their new sound. A sound turning more and more heads with its artful balance of complex grooves, atmospheric ambience and pop structures.

The four-piece consists of singer Jess Beck, guitarist James McKendry and identical twins Jeffrey and Curtis Argent on drums and bass respectively. They each grew up in rural Australia, and moved to Sydney to further their artistic careers. Whereupon they met and bonded through their passion for music.


With middle-age looming, a thrill seeker shirks the stifling expectations of a mild-mannered society. The protagonist is the subject of Pirra’s latest single ‘Hunter’ which was written by the band to entertain themselves on the 1000km drive from Brisbane to Sydney after their last tour