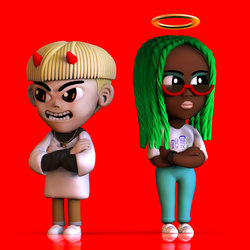 Finding inspiration at the age of 10 after hearing Skrillex’s ‘Bangarang’ on the radio for the first time (“I was like, ‘what the fuck is this?!”), he spent the next few years teaching himself music production; fast-forward to just a few years later and prodigious Perto now shares the same team rosters as his former idol.

The combination of Perto’s production prowess which shows a maturity well beyond his years along with a unique and a kinetic live presence has already landed him with endorsements from Zane Lowe and Apple’s Beats 1 as well as in some of the world’s biggest clubs. He headlined his first extensive club tour of Australasia at age 16 as well as supported Alison Wonderland for her Australian 2018 Awake tour. Perto has also been announced to perform alongside the likes of Diplo, Denzel Curry, 6LACK and Whethan at Listen Out festival 2019 in September with more headline dates yet to be announced.


The party-starting Bad Maybe Good (which was recorded while Kah-Lo was on tour in Australia earlier this year) blends Kah-Lo’s distinctive soulful tones and effortless energy with the young prodigy’s infectious, hip-hop-infused electronic sound.