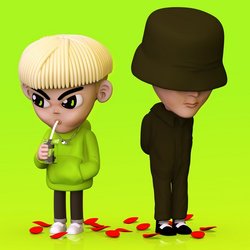 After racking up streams in the millions with official remixes for Flosstradamus and Valentino Khan plus own singles What U Need ft. all damn day and Down 2 Ride ft. DCMBR, Sydney’s Perto unleashes his latest single Gone alongside fellow producer Other and vocalist Dani Poppitt with a coveted World First premiere on Beats 1 c/o Zane Lowe.

Northern-Californian producer Other, who recently signed with Mad Decent Publishing, is already working with the likes of Winona Oak, THEY. and Dillon Francis, and with previous singles like Down ft. Trove and Wings soaring into the millions, Perto & Other make a formidable duo on Gone.

Perto was asked to reproduce a song following an LA trip in 2018, Other had parts of the breaks down with vocalist Dani Poppitt before Perto flipped the track into the melodic Dance/Pop ballad you hear today.

The 17-year-old, who counts the likes of Diplo and Post Malone as friends has been setting the electronic music scene on fire with his exciting style of prod, after teaching himself to produce with the help of YouTube at age 10, Perto has gone on to work extensively with revered SoundCloud rappers and world-class producers alike.


Perto is the up-coming local producer demanding your attention. He takes the tropical house vibe of the original, drops the top on it, throws some shades on it, and turns it into a certified banger.