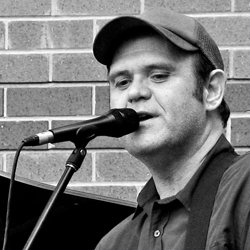 But listen, really listen to the songs, listen to the stories and you begin to see why Keyes is a proper songwriter who isn't just taking notice of what's happening around him but sees it for more than it appears. And then he makes you care. In part because there's a reason those musical "cliches" have held on: when they're done well, in the service of a good storyteller, they can be killers. Bernard Zuel – Sydney Morning Herald

“Many songwriters have been described as street-wise, but they may as well be living high in the clouds when compared with Sydney singer-songwriter Perry Keyes Keyes grew up in Redfern, has driven taxis for a living and has run with some of the city's more colourful characters. So when he sings: "Homeless men wear no belt in their pants, drunken girls always fall when they dance, every day's burnin' up in a fire", you believe him. Many of the references are Sydney-based, but his vivid imagery makes you feel like you are there. Like Steve Earle, his world-weary songs stand out as a beacon of truth in a sea of deceit.” Patrick Donovan, The Melbourne Age (4/5 Stars)


All the girls are drunk
Maybe so am I
Here beneath the old expressway
I watch 'em walk on by.