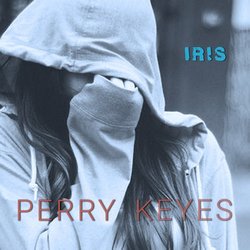 Australia’s storyteller is back. Back among the people whose lives he knows like the shortcuts and backstreets of the inner city he still rolls around.

In Iris, the first single from Perry Keyes’ fifth album, Jim Salmon’s Lament, which is out October 5, he’s turned his eye to a woman battered but not yet crushed by bad calls, dodgy cops, and thin coats in the cold.

She’s standing on the corner where “she can hear the siren through the intersection fog”, and nothing’s getting any easier tonight.

“There's a corner just down from the Waterloo Medical Centre where the cops are often shaking down folks - mostly young men. Every time I see it I think of that old punk/reggae term 'Under Heavy Manners',” says Keyes. “I have a neighbour that's a recovering addict and she's in her 40s now, but still gets asked to empty her purse onto the footpath every now and then.

I heard her complaining about it to somebody on the street and I remembered Iris. I wrote the song straight away.