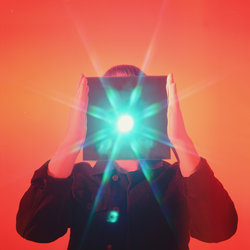 Peak Twins are Joel Carey and Liam Kenny. Their engineer and producer is Jack Farley and their regular backing group is Chad McLachlan, James Mannix and Ben Quici. Their song writing is informed by the voices of Julee Cruise, Mick Jagger and Roy Orbison.

The first Peak Twins LP is made up of nine tracks, all produced with producer Jack Farley throughout 2012 and ‘13. A cover of the Fred Neil Torch song ‘The Dolphins’ accompanies eight original numbers, including the previously released 7” single, ‘Steppin’ Off’. The Peak Twins LP does not have two lead singers – it is fronted by a lone, powerful voice, supported by choir-strength backing, swimming in a sea of angelic guitars and flat-foot drumming.


The lead single from the debut LP, providing a stable anchor point of sonic and lyrical influences. Suave clicking, a saxophone solo, and beautiful backing harmonies allow the listener to transcend to a familiar, yet mysterious world, surrounded by Sycamore Trees in the north-west corner of the States.

Other tracks by Peak Twins: Steppin' Off