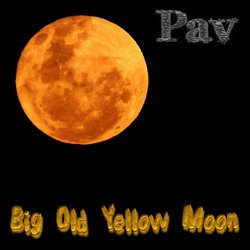 Phil has been a songwriter and bass player since the age of 16 and writes in a number varying styles. Several of Phil’s songs have been published in the prestigious ABC (Australia) “Sing” books, and he co-wrote the successful children’s musical “The Funky Zoo” which ran for several years in Sydney. More recently he has been selected as a co-winner in the 2013 SCALA FOOM song competition and, with artist STEVE CHEERS, co-wrote the top 20 country hit “Roger That”. Phil has written and recorded a number of CDs the latest of which is CLARITY.

Phil is a very experienced bass player. He was a member of Tiara award nominated country rock band COWPOKE. He currently plays with THE URBAN GUERILLAS. He has also in the past gigged with THE BONDI CIGARS.


Big Old Yellow Moon is a song of reflection as we look up to the amazing grandeur in the night sky and think about life and love.