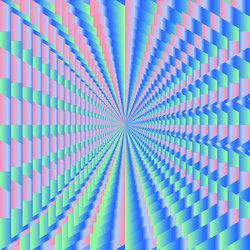 As Australian dance music royalty, Mac is no stranger to every facet of the nation’s scene, having worked as a composer, songwriter, musician, sound designer and producer over his career. Having won an ARIA for Best Dance Release in 2002 for his debut album 3000 Feet High, Paul has received many accolades including Australian Dance Music Awards for Outstanding Contribution to Dance and Producer Of The Year. As a trusted collaborator he has worked on a number of projects, as one half of the ARIA winning underground dance pioneers, Itch-E and Scratch-E, DJ duo Stereogamous & with some of Australia’s biggest musical icons including Sia, Kylie Minogue, Ngaiire and Daniel Johns. Recently stepping into a composition role, Mac has scored for Australian film, TV and theatre pieces, including Sydney Theatre Company & Nakkiah Lui’s How To Rule The World and his own theatre show at this year’s Sydney Gay and Lesbian Mardi Gras, The Rise and Fall of St George.

With two stellar singles released in 2019 and a short wait to his most honest album to date, this latest chapter sees the beloved music icon step wilfully into a new mode of thinking, producing and creating.


Inspired by his surroundings, “Flamenco” was born from Newtown’s Diana Reyes Flamenco Dance Studio. Built on a recording made during one of Reyes classes, Mac takes tapping, stamping and clapping samples, twists them through audio treatments to deliver just over four minutes of rave-bleep symphonies, varied tempos and unpredictable electronica. “Flamenco” is another innovative leap for Mac.