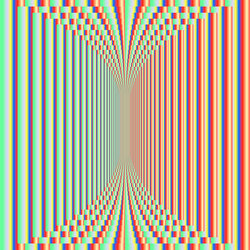 As Australian dance music royalty, Paul Mac has touched every corner of the nation’s scene, with composer, songwriter, musician, sound designer and producer credits under his belt. His debut album 3000 Feet High won him an ARIA for Best Dance Release in 2002, also scoring nominations for Best Male Artist and Engineer of the Year. Alongside his solo career, Mac has worked collaboratively on a number of projects, making up one half of the ARIA winning underground dance pioneers, Itch-E and Scratch-E and member of the DJ duo Stereogamous.

Beyond his solo career, Mac has become a trusted collaborator, having worked with some of Australia’s biggest musical icons including Sia, Kylie Minogue, Ngaiire and Daniel Johns, who he released an album with under the moniker, The Dissociatives. Most recently Mac stepped into a composition role, scoring for Australian film, TV and theatre pieces, including Sydney Theatre Company & Nakkiah Lui’s How To Rule The World and his own theatre show at this year’s Sydney Gay and Lesbian Mardi Gras, The Rise and Fall of St George.


Built on treated firework recordings by Paul himself, “Cataplexy” represents a new direction Mac is taking in his production, finding unique sounds in previously untouched territory. Coupling the fast paced BPM with the softness of synthesised key melodies, the track is reminiscent of 90s rave, as indulging trance elements help wash over a feeling of contentment from start to finish.