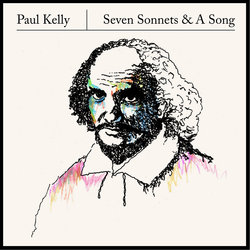 Paul Kelly has recorded twenty studio albums as well as several film soundtracks and two live albums, in an influential career spanning more than thirty years. He was inducted into the ARIA Hall of Fame in 1997.

He continues to cross musical boundaries.

His first work of prose How To Make Gravy, a self described ‘mongrel memoir’, was published in 2010 and is accompanied by a CD box set of live recordings and an audio book with readings from Paul and some of Australia’s finest actors Cate Blanchett, Russell Crowe, Hugh Jackman, Judy Davis and Ben Mendelsohn.

In August 2012, ‘Paul Kelly – Stories Of Me’, a feature-length documentary premiered in Melbourne. The documentary is an intimate portrait of the very private man behind the music. For the first time on film, Kelly speaks candidly about the people who have helped shape his life and music.

In 2016 Paul Kelly will release his 21st studio album ‘Seven Sonnets and A Song’ which features Paul singing lead vocals on 6 of Shakespeare’s sonnets and a song from Twelfth Night.


'Sonnet 18' is one of the 6 sonnets Paul Kelly has put to music from the collected works of Williams Shakespeare. It features on Paul Kelly's forthcoming album 'Seven Sonnets and A Song' to be released on April 23, the 400th anniversary of Shakespeare's death.