Paul Cowderoy - Need To Need You 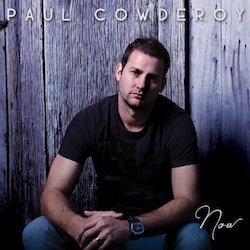 In 2011 Paul announced his arrival into the Australian country music scene. His debut single ‘After Tonight’ was received with a great deal of enthusiasm reaching the top two on multiple charts across the country. The follow up single ‘Emerald Eyes’ was also a top two hit.
Paul received a finalist spot in the 2011 Australian Independent Country Music Awards. He was also a finalist in the 2011 Australian Country Music People’s Choice Awards and the Channel C Country Music Awards for Best New Talent. Paul went on to win them both.
He was born in a small country town in northern New South Wales. Paul grew up on a large sugar cane farm that was worked by his father and grandfather for many years. He was always listening to country music from a young age which had a profound effect on his life.
Paul has spent years writing and working on songs that link to his own life experiences, songs that everyone can relate with. Combining his love of country and rock music, Paul has found himself singing and writing what he hopes will become the kind of music that people will fall in love with.


Paul’s single ‘Need to Need You’ produced at FX Productions in Brisbane, is his most exciting release yet. The self penned track was written to show how life is too short not to take risks with those we love. We all need to need someone regardless of the outcome

Other tracks by Paul Cowderoy: Now
%