Paul Costa - Best Version of Me 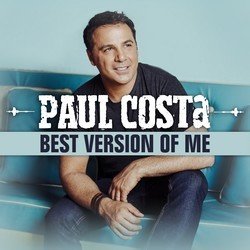 Bursting onto the Australian Country Music scene in a big way with his debut album, “Walkin’ In These Shoes”, Paul Costa was a breath of fresh air. He combined a new style of country music with powerful vocals and a mainstream flavour, which saw him cross demographics and formats.

2006's "Restoration" proved to be a winner, receiving a record five awards at the Victorian & National Country Music Awards in 2007 - including trophies for Male Vocalist and Entertainer of The Year.

Paul continued to play live as much as he could - building a solid and loyal following. It was during this time on the road that he gathered inspiration for a bunch of new original tunes - that would make up the bulk of his third album, “In This Life”. It secured three nominations at the 38th CMAA Golden Guitar Awards.

Paul's fourth album, "Wheels & Steel" showcased the track “Shine”, which was picked up by Mission Australia who asked Paul to become an Ambassador for the organisation.

In 2017 he released his fifth album, “Whisper In The Crowd” which debuted at #6 on the ARIA Country Chart.

"It's about a guy I relate with because his wife and family bring out the best in him everyday. He looks back on life before and now sees his blessings, likes who he is and how far he's come".