Patient Little Sister - What A Fool I Am 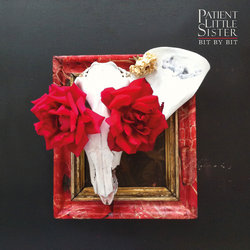 An acoustic combination of violin, guitar and two voices genetically predisposed to harmony, it wasn't long before people began to sit up and pay attention.

Since then they have supported the likes of They Might Be Giants, Husky and San Cisco and showcased at the 2012 Adelaide Fuse Festival.

The band’s first single “Priority Tree” was Drum Perth’s single of the week and along with second single “Into The Sun” has received national airplay on triple j’s Roots And All and community radio. Their debut self titled EP was also RTRFM’s local feature.

With the line-up now rounded out with the addition of Jason Bale on bass and Alex Mega on drums, Patient Little Sister have finished putting the final touches on their second EP “Bit By Bit”.


A beautifully harmonised duet and a fantastic early British rock n roll guitar riff. What A Fool I Am is a great introduction to Patient Little Sister's new EP Bit by Bit