Patient Little Sister - Into the Sun 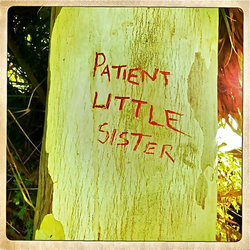 During one long dry Perth Summer, siblings Eliza and James Rogers decided to finally solidify a lifetime of family jams and annual festive season sing-a-longs, into Patient Little Sister. The result was an acoustic combination of violin, guitar and two voices genetically predisposed to harmony.
The lineup rounded out with the addition of Jason Bale (bass) and Alex Megaw (drums), Patient Little Sister are currently in the studio putting together their second EP due out later in 2014. The band launched the first taste, single “What A Fool I Am”, at a sold out show at Moana Coffee House in Perth.
"Eliza’s sweet husky vocal tones and onstage openness are endearing and engaging and, when coupled with brother James’ Dylan-esque vocal phrasing and sensitive guitar playing, make for a gentle and captivating sound." -fasterlouder
Patient Little Sister have supported They Might Be Giants, Old Man River and San Cisco and showcased at the 2012 Adelaide Fuse Festival.
Their debut single “Priority Tree” was Drum Perth’s single of the week and along with second single “Into The Sun” has received national airplay on triple j’s Roots And All and community radio. The self-titled EP was also RTRFM’s local feature.