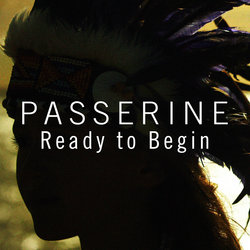 Passerine: sounds from a disco, somewhere between New York and Jamaica...

Say hello to Passerine and … first single ‘Ready To Begin’ from the debut Passerine EP. It’s a bit dub and a bit disco and a whole lot of under the skin addictiveness in one great track. If you like your band driven tracks with references from the likes of LCD Soundsystem, Moloko and The Rapture, we reckon you should definitely be getting onboard the Passerine express. (yourmusicradar.com)

Giving us a nice little break from the popular look of pop & electro vibes is the Melbourne based group, Passerine, who inflict a bit of damage through their use of trip-hop and dub-plated vibes on “Paris Morning”. Lead by the pristine lead vocals of Phoebe Dubar, “Paris Morning” is definitely a switch up from the mass-influx of pop we see today. (hillydilly.com)

The resulting EP is a collection of six vibrant, jazz tinged, dub-disco gems.


A little bit dubby, a little bit jazzy and alot disco - this is "Ready to Begin" by Passerine. Infectiously energetic, this song brims with memorable hooks, vibrant female vocals, lyrical depth and organic, band-driven instrumentation. Like dancing barefoot on a beach.