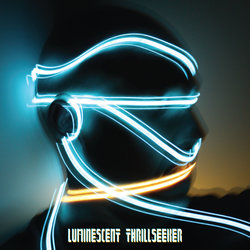 Parys X has performed to over 35,000 people throughout Western Australia, has been featured in The West Australian and Business News, is a TED X Speaker and Performer and his track "Electric Dinosaur" has been featured on International EDM Blog "We Rave You".

Heavily influenced by Hip Hop culture and spurred on by his early endeavours as a graffiti artist, Parys began competing in regular rap battles in high school. He recorded his first rhymes rapping over instrumentals using only a pair of headphones as a microphone.

Around the same time, Parys got access to a Roland SP-808EX sampler, this sparked a creative journey of musical discovery as Parys used the 808 to experiment by recording sounds and distorting samples.

Several years later Parys X continues to draw from years of inspiration, now delivering a kaleidoscope of melodies. Parys X has defined his own sound by blending multiple genres, resulting in a unique musical crossover between pop, hip hop and EDM inspired anthems.

Dealing with questions about lifes meaning, it is a conversation with the self, wondering about ones own sanity when all alone in the early hours of the morning.

"Luminescent Thrillseeker" is an insomniacs urning for deep rest and a last cry for respite.

We're all a little crazy...