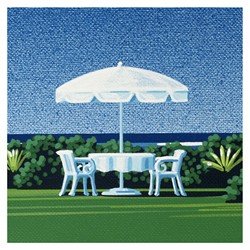 In a matter of months, Paradise Club have come bursting through the gates of the Adelaide music scene, immediately highlighting themselves as one of the most unique and exciting young acts to emerge from the South Australian capital’s suburbs in recent memory.

After only a few shows, the genre-bending 4-piece have caused a stir both locally and nationally with the quick-fire release and subsequent critical acclaim of the two standalone singles ‘Cap 2’ and ‘Saturday Night’, with the former receiving extensive airplay on both Triple J and Unearthed Radio.

Having already shared the stage with the likes of Ali Barter, Horror My Friend, Sleep Talk and more, Paradise Club are primed to build upon this strong introduction, as they announce their newest single ‘Away’ to bolster their upcoming national tour in support of post-hardcore stalwarts Endless Heights this April/May.

In addition to this string of strong supports, Paradise Club have already nabbed the coveted title of Triple J Unearthed Feature Artist (Jan 2018), been selected to open the Adelaide leg of 2018’s Laneway Festival (including a live-to air set on JJJ) and signed to 123 Agency for Booking in Australia.


‘Away’ sees Paradise Club build upon the solid musical groundwork of ‘Saturday Night’, interweaving delicate, warm guitars and comforting, solemn vocals and lyrical content. Touching on the often contradictory nature and tangled nature of modern relationships, Gere Fuss sets about setting a downcast, yet accepting tone across an intricate soundscape