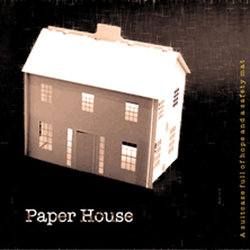 Following the release of their debut EP, 'A suitcase full of hope and a safety mat', Paper House have booked live shows across Melbourne, including a headlining show at The Espy on 21 June, and shows at The Toff in Town and The John Curtain Hotel later in the year. They have also recently become represented as one of the official Melting Pot Artists.


Dollhouse is the feature track from Paper House's debut EP. It features strong female vocals, programmed electronics, big choruses and a live band at the end. It has elements of electronic, rock, experimental and psychedelic music. Recommended for fans of Radiohead, Florence and the Machine and Sarah Blasko.

Other tracks by Paper House: Best of Things  -  Wild Eyes
%