Paladin - That's The Way It Is 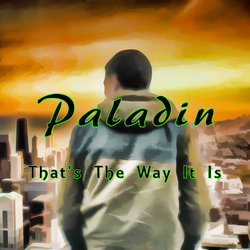 Paladin aka Don Ferdinands, is a singer/songwriter from WA who writes, records, and, produces his own music.

Despite having to deal with full blown PTSD, he has released music both as Don Ferdinands and Paladin with his music available on Spotify, iTunes, Apple Music, Google Play, CDBaby, Amazon Music Unlimited, Napster, Deezer, and other distributors and streaming services.

He is a writer member of APRA AMCOS.


The song describes the reality of modern living and how it is easy to lose yourself despite the congestion of urban living. It also laments how it is possible to remain invisible despite the people around you.