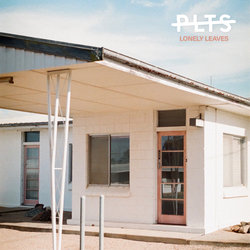 Since forming in 2012, Byron Bay's PLTS have developed an innate knack for writing larger-than-life songs, and through their exploration of grunge, indie and garage rock, produced beloved singles including 'On & On' and 'Call Me Out'. The indie rockers are now ushering in a new era, embracing a less polished sound whilst offering up raw and organic recordings that capture the essence of their live show. Clocking in over 3.7 million streams, the band has hit the road with a hugely diverse array of artists, from Hockey Dad and Harts to Hands Like Houses and The Jezabels, and performed at Splendour In The Grass 2016 as triple j Unearthed winners.


Taken from their 'Lonely Leaves' EP, an overarching theme of nostalgia is shared, each song reflecting on growth and loss, bringing closure after a tumultuous year. Anthemic and straddling the realm of mature indie and stadium rock, sheer velocity is the driving force behind the EP, resulting in the band's most personal, exciting record to date.

Other tracks by PLTS: Without You  -  The Darkside
%