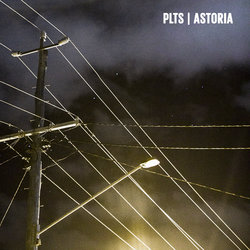 PLTS (pronounced Pilots) are an Alternative-Rock band that formed in 2012 in Byron Bay.

The group was born from a simple vision, to craft and release passionate, feel-good music. Setting a strong benchmark, PLTS' first single 'Coast to Coast’ secured a notable synch opportunity with the Word Surf League.

2016 has so far been an incredible year for PLTS, with their addition to the Splendour In The Grass lineup alongside the likes of The Strokes, The Cure, and Flume after being crowned local Triple J Unearthed winners.

After forming in 2012 the band has been busy honing their sound and live show. In 2013, they partnered with Nick Didia (Powderfinger, Pearl Jam, Karnivool) to record their debut EP at Studios 301. In 2015, PLTS entered the studio with JP Fung to explore and uncover exciting new elements that pushed them to a new stage of development. Taking a DIY approach, the group have backed themselves on several independent releases whilst hitting the road on multiple Australian tours and landing some valuable support slots, playing alongside acts such as Harts, Hockey Dad and Kingswood.


Thematically, a darker, brooding track, ‘Astoria’ continues on with the band’s high-octane format whilst exposing a dirtier, more intimate side to PLTS.