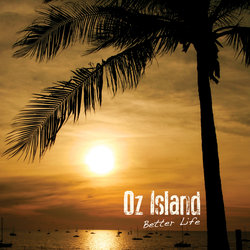 Four boys from northern Australia have taken the rasta grooves of reggae and added Indigenous Australian style reggae to create Oz Island. With great success they Releasing their Debut Album 'Better Life' in 2012 and Nominated in the WAM 2012 Indigenous Song Of The Year award, these four boys from northern Australia are making music that has people talking. The band has strong musical lineage with the lead singer Japheth James who has blood running through the Saltwater Band and its most famous member, Geoffrey Gurrumul Yunupingu. Patrick Laurel, Fabian Cox and Geoffrey James are related to the wildly popular Kimberley's Artists and bands like Fitzroy Xpress, Kerrianne Cox, Francis Cox, Mervyn Murlardy 'Yatangal' and Mary G, Black Queen of the Kimberley. Already having shared the stage with the likes of Christine Anu, Troy Cassar-Daley, Casey Donavon, Ernie Dingo and Mary G the band is on the precipice of greatness. Oz Island is made up of Geoffrey James from Beagle Bay, Japeth James from Maningrida, Patrick Laurel from Kadjina & Fabian Cox originally from Perth. They have their own style blending a fusion of Indigenous Rock Reggae with a mix of Tropical Island Reggae known now as Oz Island Reggae.


Written by Geoffrey James. Geoffrey wrote Better Life while he was living in his home country of Beagle Bay. It’s about hoping and dreaming for that “island of paradise”. For Geoffrey, making music and performing as well as recording has been a huge step towards that goal.