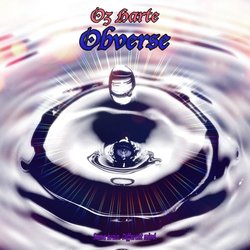 The four compositions from the 'Dance. Shuffle. Repeat.' EP/Album are getting international airplay through the Radio Airplay Network.

Oz Harte streamed music on Spotify is over 22,000 plays since early January 2019.

Entrant to UK Song Contest in 2018. Received awards for all three submissions, including a Commended for Reggae and Highly Commended for EDM.


The leitmotif sought to capture the natural ability my eldest son, Michael, for deep thought, his hidden but overarching whimsy and playfulness and his taste and appreciation for the film scores of John Williams.

Other tracks by Oz Harte: Ode to Harpsichord Parts I & II  -  Scherzo
%