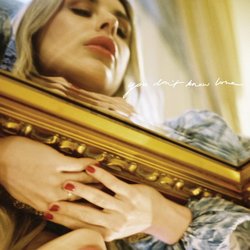 TAPZ recently dropped the experimental two-track release ‘Trust’/’No Stars In The Daylight’ which masterfully blends elements of hip-hop, RnB and punk and highlight him as a versatile artist on the verge of global success. The double release also came with the news that TAPZ will release his Trust No Stars In The Daylight EP next month.

Owl Eyes’ previous singles ‘You And I’/’Le Soleil’ and ‘On Me’, marked the beginning of a fresh era for the Melbourne artists, offering the first peek at new music since her 2013 debut LP Nightswim.

Following 2 sold out shows in Sydney and Melbourne earlier this year, Owl Eyes will be treating audiences to live renditions of ‘You Don’t Know Love’ and new material from Invisible Woman on the summer festival circuit with appearances at Beyond The Valley, NYE in the Park, Wine Machine and new national touring festival For The Love, plus an international appearance at Japan’s Snow Machine.


‘You Don’t Know Love’ is a slice of neo soul that sees Owl Eyes experiment with a darker, sassier sound, as her sultry vocals glide above a theatrical RnB percussion. Joining her on the track is New York based, artist TAPZ, who’s alluring vocal caresses the shimmering jazz leaning production, and sits in perfect symmetry against Owl Eyes signature voice.