Outside the Academy - Salient 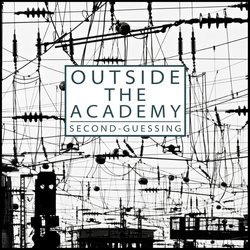 Outside The Academy is Pawel Cholewa (pronounced Pa-vell Ho-liv-er); a nomadic producer and multi-instrumental performer who “has the balance between experimental and euphonics just right” (Jae Salmon – 4ZZZ).

After playing within the stream of indie rock, electronic and folk bands in and from his hometown of Melbourne since the mid 2000s, Cholewa, in 2014, decided to roll solo with the release of his debut self-titled EP ‘Outside The Academy’, which was written, recorded and produced independently in the anomalous seclusion of tropical Queensland.

At the beginning of 2016 Cholewa teamed up with Canberra drummer Nicholas Peddle (Fun Machine, Julia and the Deep Sea Sirens) in the construction of an 8-minute single ‘Stray’, which was released on April 18, and EP lead single 'Solutionism' released on Feb 10, as well working on his upcoming EP Second-Guessing out now.

Meddling with the minimalist production of glitchy melancholy nightclub beats, loops, samples and layered melodic guitar effects Cholewa creates a full ensemble-like presence, whilst interlacing and intertwining experimental and ethereal elements to create his own ubiquitous school of sound in Outside The Academy.