Out of Abingdon - Substation 75 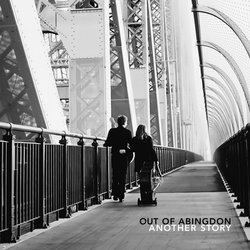 OUT of ABINGDON - Tina Fullerton Double Bass/Vocals & Warwick Hargreaves Guitar/Vocals have built a unique sound filtered from influences including Stevie Ray Vaughan, Kenny Burrell, Bjork and Nina Simone.
Tina’s ethereal vocals and grooving double bass accompanied by Warwick’s fearless expressive guitar sounds and husky voice creates a sensual, soulful atmosphere and stage presence that's smoking hot!
From their home base in Brisbane, Australia, OUT of ABINGDON have successfully completed 3 European and UK tours playing venues throughout Scotland, England, Belgium, Paris and Berlin.
They have played over 800 gigs at festivals including the Edinburgh Fringe, Brisbane International Jazz, Noosa Jazz and the Illawarra Folk, Gold Coast Acoustic, Gulgong Folk, Bellingen Turtle and Neurum Creek Music Festivals to theatres, clubs, bars and cafes.
OUT of ABINGDON have independently recorded & released four albums.
‘Journeys’ in 2011, ‘OUT of ABINGDON live’ in 2012, their video ‘3 Piece Suit’ and CD ‘Small Steps’ in 2014.
Warwick and Tina have collaborated in writing tales of everyday urban life, love and dreams for their new album 'Another Story' released in September 2017
‘Another Story’ is a collection of original songs and musings written around their river city home by the Story Bridge.


Rhythm and repetition are design features of iconic Brisbane electricity SUBSTATION 75, which inspired our song.
As we wind down the use of coal-based power and bring on renewables, we hope it is repurposed for the arts!

Let’s talk about power
Let’s take back the power

Other tracks by Out of Abingdon: What Kind of Life  -  Black Dog
%