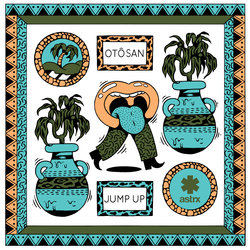 So how did an Australian and an Irishman who met in New Zealand become one of house music’s hottest properties? Introduced by a mutual friend in 2017, they forged their sound making bootlegs of French house classics and hip-hop anthems. Then came the name. They typed “dad bod” into Google, the Japanese translation came up as Otosan, and a new force in dance music was born.

Otosan’s honour roll in that short time is already impressive, with recent highlights including the duo’s debut single Do You Feel It clocking over 1 million Spotify streams, their remix of Shaun Warner’s Chasing spent four weeks in the US Billboard Dance Club Songs Chart and their recent collab Lights with vocalist Metoyer received a spot add, multiple spins and favourable reviews on triple j.

Ryan has a lengthy career in Australia under his belt, including a genre-spanning LP as part of breaks duo Bitrok – an act who remixed Gotye and collaborated with Johnny from Children Collide among many more. Ultan is now a veteran of the NZ house scene, having scored multiple residencies since arriving from Ireland in 2007 and hosting shows on George FM Radio for the past few years.


After turning heads with their debut ‘Do You Feel It’ follow up ‘Lights’, 'Jump Up' sees Otosan coming out of the gate hot for 2019, with their first outing for ASTRX, bringing together rolling house basslines with punchy MC vocals to deliver a fresh summer banger sure to make bodies move.