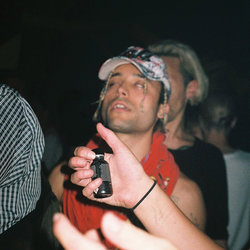 Oscar Key Sung is something ecstatic and undone, a sound that winds simultaneously through RnB's golden past and pop's near future. His music has received national radio rotation in Australia and earned Oscar both praise and airtime from legendary BBC Radio 6 presenter Gilles Peterson. But this musical polarity hasn’t just been invoked for his newest material. Notably in 2013, Oscar was hand-picked by Mercury Music Prize-nominated artist Ghostpoet and Brooklyn-based artist MeLo-X to collaborate on their MELOGHOST project.

His celebrated debut EP Holograms which featured breakout single 'All I Could Do', swells between rasping, arctic percussion and vocals that seem drawn from his body on a single breath.

Key Sung’s diligence in maintaining a captivating and high quality output was met with a UK support tour alongside London 3-piece and 2015 BBC British Artist of the Year nominees - Years & Years. The tour would prove to legitimise Oscar Key Sung’s swelling Australian profile into a realm of international accolades and success. Having recently appeared as a guest of the Avalanches on their triumphant return to the live landscape, he'll now turn his attention to his own material.


This song is about relationships, inspired by my experiences and close friends around me who I have seen go through similar experiences and given council too. When you want to be with someone, up ahead there is the idea of the two of you and how you will be together.