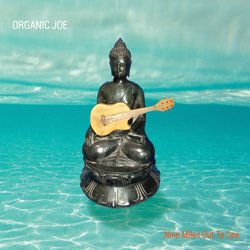 Named after the owner of an organic supermarket in Northcote, Melbourne (Joe’s Organic Supermarket), Organic Joe is inspired by the simple and complex things in life.

Being, for the most part, organic themselves, their lyrics and musical style reflect this grounded, slightly humorous and tragic side of being human.

Organic Joe’s debut album, “Waiting for the Mothership” was released in November 2015 and has been described as "Superb" and "Lyrically demanding the listener's attention". Tracks are currently being played on community radio stations in Australia, New Zealand and the UK.

Their second album, "Nine Miles Out To Sea" was recorded, mixed and mastered at Bruthen Music Recording Studio in 2018 & released February 2019.

When not performing as a duo, Organic Joe is backed by a showcase of talented musicians from Gippsland, Victoria.

Organic Joe is planning to release their third album Summer 2019/2020.


She's Good is a track about breaking down barriers, equality and the power of women in the world.

Other tracks by Organic Joe: Nine Miles Out To Sea  -  My Desperate Friend
%