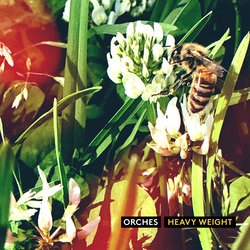 Drawing on his knowledge as a pianist and a passion for Electronic music, Orches is a platform that showcases Jordan Donnelly’s love for blending digital with analogue, sophistication against simplicity, meaningful lyrics and a dynamic vocal presence.

From the debut EP in 2015, Orches’ single Denial gained considerable public interest. A rant about political ignorance, the track gained consistent airplay on Triple J, and caught the interest of local and overseas music writers. It also scored Orches an invitation to perform to a full house for the opening of Telstra’s Discovery Store in Bourke Street Mall.

With three singles and an EP behind him, 2016 saw Orches perform regularly in Sydney and Melbourne headlining local venues such as Revolver Upstairs and The Worker’s Club, and supported many local acts.

In 2018, Purple Sneakers blog stated the second single, ‘1999’ as “One of the most interesting listens of 2018 so far”. Orches’ return received a positive response from fans.

EP number two titled Heavy Weight is the result of Donnelly holding the reigns on all aspects of writing and recording, and the engineering process.


Swing is a song that grows from subtle beginnings that expose Donnelly's vocals until the guitars signal a driving chorus that tease you towards the climatic mid section where the song builds into a Radiohead like groove and synthesizers dominate the song. From here, the track maintains an infectious groove that keeps you moving to the end of the song.