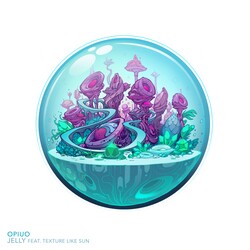 Opiuo’s third full-length album, Omniversal is a captivating journey with endless surprises guaranteed to satisfy even the most curious and adventurous musical minds.

Opiuo came to life in 2010 when his hit single ‘Robo Booty’ rocked the airwaves and festivals throughout the entire globe and debut LP, Slurp and Giggle was nominated for Best Independent Dance Album at the Jaegermeister Independent Music Awards.

Opiuo’s unique take on electronic music has captured the attention of music lovers around the entire globe and has seen him take on some of the biggest festivals, with sets at Coachella (USA), Glastonbury (UK) and Shambhala (Canada). As well as playing shows across India, Israel, Europe, North America, Australia and New Zealand, Opiuo has shared the stage with the likes of Moby, Pete Tong, Bassnectar, Pretty Lights, and Bonobo, to name just a few.

Other tracks by Opiuo: Sneakers
%