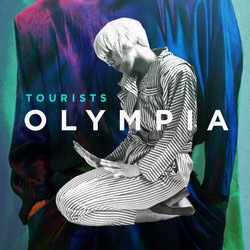 Olympia is the project of Melbourne based singer songwriter, and multi-instrumentalist Olivia Bartley, who drives a mix of widescreen sweep, rich harmonies, dissonant minimal guitar with raw, commanding vocals.
Drawing on influences including the everyday, Pedro Almodovar, Pele, or even Carl Sagan’s Golden Record, the songwriting brims with imagery and ideas.
Building upon the cinematic reputation of earlier shows, Olympia alternates between solo performances, or as part of a three to nine piece band, including staples Peter Luscombe and Pat Bourke.
After performances with a suite of artists including: Paul Dempsey, City and Colour, and a recent performance on Rockwiz, Olympia is currently crafting a new body of work (with producer) Burke Reid for release 2015.


Olivia Bartley, the creative force behind the project Olympia today announces the release of her new single and video ‘Tourists’. Available today – the latest offering from the Melbourne songstress is a delicate compostion of synths and guitars whilst the video invokes a dream like underwater world.