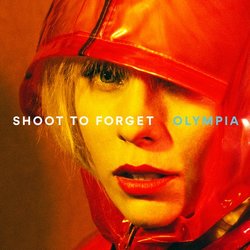 2019 is lining up to be a huge year for Olympia, following on from the highly acclaimed album Self Talk, and arresting live show across Australia and the UK, Olympia is announcing signing with UK label Opposite Number Records (Lowtide, H.Grimes), Coda Agency, UK (Billie Eilish, Maggie Rogers) and Paradigm Agency, US/CA (Coldplay, Flume).

The Julia Jacklin tour featuring Olympia as main support sees an incredibly strong lineup up of two songwriters that have deep respect for each other, travel to Sydney, Melbourne, London, Paris, Amsterdam, Brussels, Berlin, amongst other locations. Olympia will debut new tracks off the upcoming record, alongside revisiting old favourites from debut Self Talk.

Olympia made a huge impression with 2016’s accomplished debut, Self Talk, an album which was nominated for an ARIA award, shortlisted in the Australian Music Prize and selected as Triple J feature album. “Shoot To Forget” is a powerful statement of what we can look forward to from this intriguing artist in the year ahead.


“Shoot To Forget”, is fresh, light and loose, the sound of a relentlessly original artist coming into her own. This second single from the highly anticipated sophomore record balances Bartley’s force, melody and masterful use of imagery, while also showcasing the rock leanings introduced in lead single ‘Star City’.