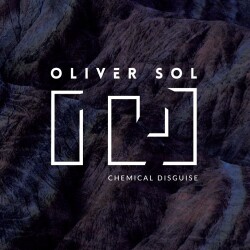 He began cutting his teeth in a diverse mix of underground bands and bedroom projects over the course of his adult life, before now deciding to go it alone. From psychedelic rock to ethereal electronica to, OLIVER SOL, they all had one thing in common. They all championed the dark over the light. The melancholy over joy. Batman over Superman. Stones over The Beatles. 3rd Class over La La Land. Jim Henson’s TMNT over Michael Bay’s ‘re-imagining’. Bowies ‘The Labyrinth’ over…you get what i mean.
When asked what he has set out to achieve by going it alone he simply replies, “I just want to make music that i’m in to, music that’s completely, me”
After launching his debut 7” and stellar live show to a full room at Melbourne’s, The Toff In Town, 2016 looks set to be the year where Sol spends more time out of the studio.
With his full live band in tow, he’ll be doing just that as he hits the road this coming April/May in support of new single, Chemical Disguise.

Other tracks by Oliver Sol: After Dark  -  While You Sleep
%