Oliver Northam & The Elsewheres - Into His Arms 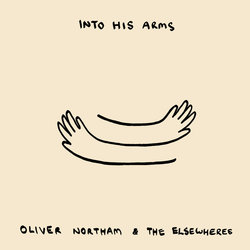 Performing as a solo artist and frontman of his 6-piece, folk-pop/blues band, The Elsewheres, Oliver Northam has developed an enthralling blend of piano and guitar-based folk. His lyric-driven upbeat tunes and heart-wrenching ballades fuse blues licks, jazz harmonies, and folk lyricism with the tight twang of John Mayer, acoustic storytelling of Passenger and danceable rhythms of Matt Corby.

Indeed, Northam’s music was described by the Newport Folk Festival as a mix of Josh Pyke, Bob Dylan and Tom Waites, while Beat Magazine has claimed he “contemporises country and folk with a baritone maturity akin to Marlon Williams and Jeff Tweedy”. In the process of assembling these elements of folk, pop, blues and country, Oliver Northam & The Elsewheres have established their own contemporary brand of rhythmic folk.


Into His Arms is the debut release from Melbourne band, Oliver Northam & The Elsewheres. Narrating a tale of love and regret, the piece weaves a delicate story backed by a completely acoustic 10-piece ensemble. The lyric-driven upbeat tune fuses the tight twang of John Mayer, acoustic storytelling of Passenger and danceable rhythms of Matt Corby.