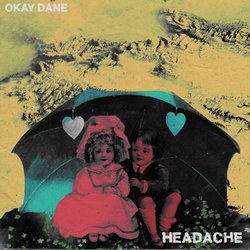 Okay Dane have had a huge 2019, spending lots of time in the studio with producer Jon Grace (Bakers Eddy, Kingswood, Dear Seattle) at Homesurgery Recordings. First releasing 'Pretend' in March and touring the east coast in support of the debut. More recently the band released their first single off of their debut EP 'Alienation', 'God Complex'. This single was released in September and another more extensive east coast tour accompanied it, with the new single 'Headache' coming a week before the EP's release.

Other accolades include opening for ARIA nominated comedy group Aunty Donna on their Album Tour on closing night at Max Watts in late 2018, releasing their debut music video 'Pretend' featuring Mark Bonanno from Aunty Donna in June 2019, and hitting #13 on Triple J Unearthed's most hit profiles in the mid year report.


Headache is the most frenetic we’ve been on a recording. It felt really good to record and is always a blast to play live. Lyrically it’s the most to the point and juvenile we’ve been too, which was heaps of fun. At its heart it’s about lashing out and being frustrated with someone who can’t be reasoned with.