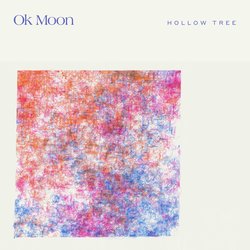 Ok Moon started with a single song and from there slowly grew into much more, fuelled by a strong creative chemistry and respect for each other. The process was addictive, exciting and let everyone step outside the bounds of their own solo music, push each other and work in a way where the outcome was yet to be defined.

Over two years and multiple trips to Dustin’s studio on the Central Coast, and with a healthy amount of isolation, a self-produced album started to form. The resulting work explores themes of loss, regret, growth, humility and courage. It inhabits a lush sonic landscape that sways between intimate pianos, yearning guitars and driving electronics, while capturing the process of four different voices rolling into one.

Individually as artists, they have had a combined +250 million global streams, multiple sold-out Australian tours and festival appearances and songs consistently on the airwaves. They have released over 15 records, and have written, produced or featured on tracks with artists including Flight Facilities, Peking Duk, The Kite String Tangle, Jack River, Tia Gostelow, Didirri, Graace, Harrison Storm and Eliott.


“Hollow Tree” is the third single from Ok Moon’s forthcoming album, to be released in August this year. This cinematic pop song builds and builds to a cacophony of lush sounds. The bass line that carries the song leaves room for percussion, synths and vocals and the song incorporates folk, pop and electronic elements in a beautiful way.