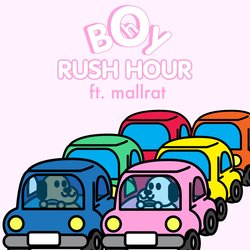 New Zealand born, Australian raised Sydney-sider Oh Boy is entering the electronic music scene in a big way. When he's not galavanting around Japan, buying useless baby pink heirlooms from Tokyo vending machines, Oh Boy is hard at work becoming one of Australia’s most talked about up-and-coming producers, and achieving all this while dressing better than you.

Settling in ‘future club’ and pulling influences from the sounds of 90s RnB/hip hop, Jersey club and the vast immensity of the Internet, Oh Boy creates bright and fun compositions of vocal stabs that swirl against synth chords and tinkling keys. Ripping clubs apart with pure unconventional style, you can find Oh Boy destroying on the decks and broadcasting his own works through APC live sets.

After many successful release's over the past few years Oh Boy has gained praise from tastemaker's such as Pilerats marking him as one of Australia's biggest up and comers in 2016. He's also enjoyed radio play on Triple J, Unearthed and was featured on Triple J's Home & Hosed "High Five: The Songs You Need To Hear This Week" for "Bunny Island" which also happened to feature Mallrat.


Oh Boy explains how he unearthed a forgotten idea to collaborate with Mallrat on the track - "Grace (Mallrat) and I became best friends after we did our previous track Bunny Island together and we were both super keen to work on something together again!"