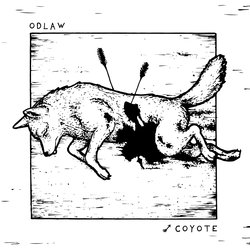 Coyote is a song written by Odlaw. The first single off our debut album ‘Regret-City’ due out later in 2016

After the departure of a founding member, the remaining founding member, Mark Neal (that’s me, I’m writing this) was faced with a gap that could only be filled with another guitarist. Neal, alongside drummer Dane Knowles, and Bassist Nicole Clissa, enlisted the handsome David Jago (formerly Mezzanine) to fill the void and help Odlaw steer itself into a slightly more punk rock kinda vibe.


Roadrunner the cartoon. and fronting a band. they are one in the same