Odette - Watch Me Read You 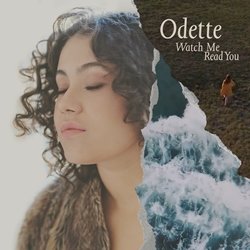 Odette was born in England and raised in the inner western suburbs of Sydney and grew up with an eclectic musical palette. Her South African mother introduced her to African music, soul, funk and rhythm; while her English father, hailing from a long line of jazz pianists, introduced her to new wave, jazz and passed on his musical talents.
Odette has played piano since she was a child and her highly emotive use of the instrument lives at the centre of her songs, a grounding motif of her heritage, if you will.

Captivating in presence, Odette’s songs are deeply personal and see her flutter from spoken word into warm, soulful vocals, with arrangements circling soul, jazz and pop. It’s no wonder she’s caught the eye of producers and songwriters like Charlie Hugall (Florence and the Machine, Ed Sheeran, Kaiser Chiefs), Jason Cox (Blur, Gorilliaz, Jamie T), Alex Hope (Troye Sivan, Broods) and Paul Mac (The Dissociatives, Silverchair), all of whom clamoured to work with her over the past year and a half. Not to mention, LA-based, Grammy nominated producer Damian Taylor (Bjork, The Prodigy, The Killers, UNKLE) who worked on her debut release.


“Watch Me Read You”, the title of her debut single alone hints at this, and her poetic, syncopated, spoken-word verses nail it home.