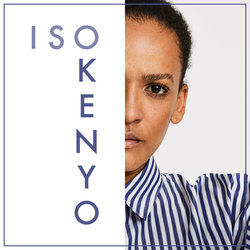 Self-expression and storytelling is at the core of OKENYO’s music-making, and with charisma, she has stepped up to be a part of a new generation of powerful women set to make their mark. Forever pushing the boundaries of pop music, she has been described as “Equal parts Frank Ocean, Grace Jones and M.I.A.” (HUNGER TV, UK).

She made her mark on the world with the energetic and enigmatic ‘Just A Story’ and went on to sign a deal with the prestigious record label, Elefant Traks. Shortly after this she followed up the electronic slow banger ’10 Feet Tall’, quickly turning heads around Australia, and labelling her as an artist to watch.

Taking some time in 2016 to write some new music, and pop up on some cool features with the likes of Tigerilla and Urthboy, OKENYO reemerged in 2017 with the smash hit female anthem ‘WOMAN’S WORLD’. Premiering on Beats 1 by Ebro Darden, OKENYO was swiftly named Apple Music’s ‘New Artist of the Week’, and named feature artist on Spotify Australia’s ‘New Music Friday’.
Momentum hardly slowed, with the premiere of the ‘WOMAN’S WORLD’ official video on Noisey (Worldwide), described by PROJECT U as a ‘career defining moment’.


ISO is about finding the light in the darkness. It follows the inner dialogue of the heartbroken, and narrates those moments you've got to tell yourself to move on. OKENYO croons 'It's a conversation I had to have with myself'. Taken from OKENYO's forthcoming EP 'THE WAVE' (out in April)