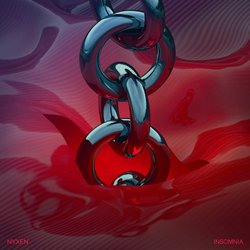 Following on from early success as a triple j Unearthed Feature Artist, and winner of the Unearthed slot to perform at 2017’s Field Day, Nyxen has made waves on dancefloors at Splendour In The Grass, Lost Paradise, Output Listen Out, and Snowtunes with her understated, impactful vocals and atmospheric instrumentals.

With the addition of emotive and dark single ‘In The City’ to triple j rotation, and an abundance of consistent support from the Unearthed team and both global and domestic media, Nyxen added a performance in support of Golden Features on his highly anticipated 2018 national tour to her ever-growing resume.

Latest single ‘Chains’ saw this buzz continue, with Purple Sneakers dubbing it “daringly multi-faceted...a new evolution of Nyxen.” Supporters both new and existing latched on to the track’s fusion of dance and rock, seeing Nyxen play her first ever sold out national headline tour in January this year.

Nyxen is now gearing up for a national tour with Perth electronic trio Crooked Colours on their Langata. tour this May, and with new music in the works is set on an upward trajectory to dominate the electronic music realm in 2019.


‘Insomnia’, first heard performed at each stop of her recent live national tour, is a story told reflecting the tracks title to keep the mind tantalized late into the night.

Another purely Nyxen production starts in her signature guitar style, before equally soothing and infectious vocals fixate listeners on the single’s soulful yet upbeat journey.