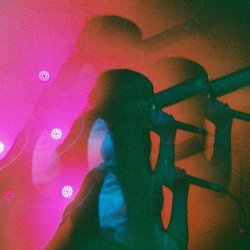 
Can’t Chain is a song about desire. Desire is fundamental - it's the life force that drives human connection, not just to other humans, but also to the will to live. It is both cruel and necessary. This song is about the struggle to maintain desire. It’s drain disco music.