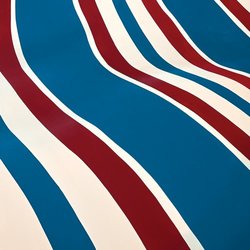 Since their formation in 2010 Melbourne six-piece Northeast Party House have continuously produced reputable original works, held an engaged loyal fan base and delivered stirring live performances. Their debut album “Any Given Weekend” released in 2014 saw opening track ‘The Haunted’ on high rotation on triple j and currently sits over 3 million streams. The 12 months after the release of the highly acclaimed album saw four national sold-out tours of Australia as well as shows in LA, New York, Germany and even Club NME in London. The first half of 2016 saw the band complete the writing and recording for album titled “Dare”. The album’s recording was split across Melbourne and London while the band was touring the UK and Europe and featured singles ‘For You’ and ‘Calypso Beach’ which were instantly added to triple j and have since generated 5 million and 8 million plus streams respectively. Returning to the UK and Europe gave the band a chance to further establish artistic prospects- playing major festivals The Great Escape and Dot To Dot, as well as more intimate venues across the UK, Netherlands and Germany.


Taken from a forthcoming third record ‘Magnify’ is the first taste of new music from the Melbourne 6 piece since their 2016 album ‘Dare’. Produced by Northeast Party House and Kim Moyes (The Presets), ‘Magnify’ is a dance anthem built around a soaring guitar hook that calls to club floors and festival fields.