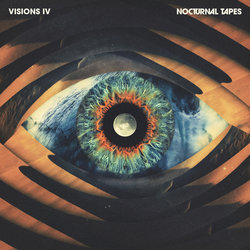 After announcing the release date for their debut EP ‘Visions IV’ (due August 25), indie-electronic group Nocturnal Tapes offer another taste of the forthcoming record with new single ‘Wake Up’ – recorded and produced by the duo at their home studio and mixed by Adrian Breakspear (Gang of Youths, Cosmos Midnight, Kučka).

Suttor describes the story behind ‘Wake Up’:

“Without getting too dark, the song is about how everything in your life is leading up to the ultimate moment of death; time is a way we all die. So, why are so many of us wasting our lives locked to screens and living in routine?”.

Since their 2016 inception, Nocturnal Tapes have released a slew of tracks strongly embraced by the likes of triple j, Spotify, MTV, ABC’s Rage, community radio and worldwide blogs; which resulted in a top twenty position on the esteemed Hype Machine Now charts.


New cut ‘Wake Up’ is an intricate slice of house-infused electronica, taking cues from the likes of LCD Soundsystem, Talking Heads and Kaytranada. Awash with sonic textures, the dream-laden track glides along effortlessly blending electronic instrumentation, and finished off with the soaring and endearing vocals of front man, Harry Suttor.